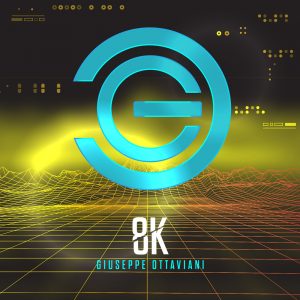 Appetites whetted? Anticipation built? Expectations in high orbit!? Thought so! Topping charts and dropping bass, ‘Panama’ & ‘Tranceland’ – Giuseppe Ottaviani’s 2019 album vanguards – have offered insights most enticing into what the Italian has in store with ‘Evolver’ – his fourth longplayer.

And kicking that drumbeat up another gear, here comes its next single!

You can keep your fours, fives, sixes & sevens – Giuseppe’s turned the definition straight up to eight with his born-to-thrill ‘8K’!

Spacily chiming harmonies and chord soar apply more celestial sequences to its theme, before its vibrant mainline begins to well from the drop. Giuseppe gives it its time to develop before finally opening up the filters and gating it up a storm! ‘8K’ all the way – Giuseppe’s next big ‘Evolver’ is out today and available here (https://blackhole.choons.at/8k).

Giuseppe Ottaviani Featuring Thea Riley – On The Way You Go